Education & Training
He qualified from St. Bartholomew's Hospital in 1992. After training at the Royal National Orthopaedic Hospital, Stanmore, he spent a year on an arthroscopic fellowship in Virginia, USA. He was appointed as a Consultant Orthopaedic Surgeon with a special interest in Shoulder and Elbow Surgery at St. George's Hospital, London in 2003. He was appointed as an Honorary Reader in Orthopaedic Education at the medical school in 2015 and as Professor in 2018.

Employment & leadership roles
Prof Tennent is actively involved in clinical teaching, training, education and research at undergraduate and postgraduate level. His particular interests are arthroscopic surgery of the shoulder and elbow and he also spends much of his time on complex reconstructions of both joints following trauma. He has written a textbook of arthroscopic surgery as well as publishing a number of scientific articles on the subject and holds the patent for a revolutionary arthroscopic technique for reconstruction of the Acromio-clavicular Joint – The Tightrope Technique. Working at St. George's and Spire St. Anthony's hospitals with Mr Hunt, they have collaborated on projects, teaching and many complex clinic cases involving shoulder and chest problems.

He lectures both nationally and internationally on shoulder and arthroscopic surgery and teaches undergraduate and postgraduate surgery at St. George's Hospital. He was the chair of the Board of Surgical Education at the Medical School and the Academic lead for the USMLE (American Medical Exam) as well as undergraduate orthopaedics. He is an examiner for FRCS(Orth) and undergraduate medical finals (MBBS). He runs the Surgical Approaches to the Shoulder and Elbow Course at St. George’s Hospital with Mr Pearse and Mr Arnander.He is also the past Chair of the Education Committee and currently Treasurer of the British Shoulder & Elbow Society and was the Scientific Chairman of ArthroLondon 2012 a large arthroscopy and scientific meeting held at the ExCel Centre. Prof. Tennent reviews for a number of specialist journals including the the Journal of Shoulder and Elbow Surgery and the Journal of Arthroscopy as well as being on the editorial board of the Bone and Joint Journal.

More information about Prof Tennent and his practice can be found at http://tennent.net 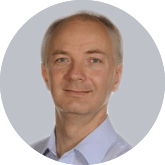